He Said, She Said

Gintars
"The Golden Child" is the 9th episode of Season Six of the NBC television show Brooklyn Nine-Nine. It aired on March 7, 2019.

Jake helps Amy navigate the complicated relationship she has with her brother, David. Charles introduces some drama into an undercover mission involving Terry and Holt.[1]

"I laughed so hard when he's telling off her mother,"

"I don't know if Jake would have done that before they got married." 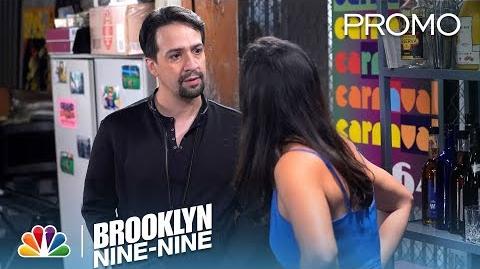 Retrieved from "https://brooklyn99.fandom.com/wiki/The_Golden_Child?oldid=28032"
Community content is available under CC-BY-SA unless otherwise noted.