Serve & Protect
"The Audit" is the 13th episode of Season Four of Brooklyn Nine-Nine, and is its spring premiere after an extended break at the start of 2017. It originally aired on April 11, 2017 to 1.91 million viewers.

With the crime rate lowered, Brooklyn will be shutting down one of its precincts - permanently. The Nine-Nine is confident they will be evaluated fairly until the official auditor turns out to be Amy's ex-boyfriend, Teddy (guest star Kyle Bornheimer). The whole squad then must band together to try to save the precinct.[1]

After Gina recovers from her accident with a Halo brace, Holt informs the precinct that while crime in New York has declined, this caused the NYPD to consider shutting down one of the 22 precincts in Brooklyn. As such, an auditor is coming to inspect the precinct.

The auditor, however, turns out to be Teddy, Amy's ex-boyfriend. Jake and Amy spend time with Teddy to prove to him the precinct is fine, although both note he still remains the "most boring person in America". They find that as Teddy left his phone recording, they accidentally said rude things about him. While dining with Teddy and his new girlfriend Rachel, Jake and Amy retrieve the phone although they still tell Teddy about it. Teddy then reveals that he still loves Amy and proposes to her in front of Rachel, and is rejected by both.

Meanwhile, in order to pass the audit and give a good impression, Holt tasks Terry to fix a $21,000 Japanese copier that former Captain C.J. ordered. Despite the struggle, he manages to translate the instructions and fix it. Also, Boyle tasked with solving a rat infestation in the precinct. However, Boyle gets stuck in the air vent and the rats cause him to shake up and break a water tube, destroying the roof and the copier. Holt then uses Gina in order to get insurance to pay the damages and the precinct is cleaned. Teddy arrives and announces that he has decided to recuse himself from auditing the precinct. The new auditor, Veronica Hopkins turns out to be Terry's ex-girlfriend. Despising him, she tells him she will shut down the precinct for good. 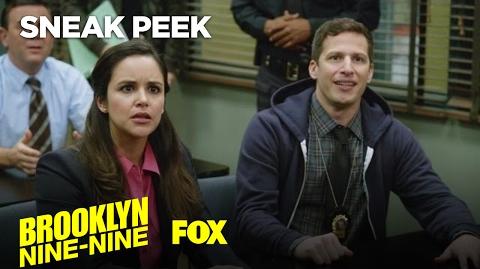 The Good, The Bad, And The Awkward Season 4 Ep. 13 BROOKLYN NINE-NINE 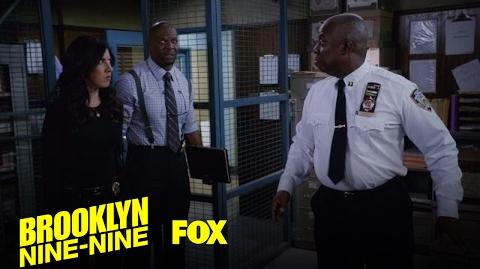 The Rats Are On Drugs! Season 4 Ep. 13 BROOKLYN NINE-NINE 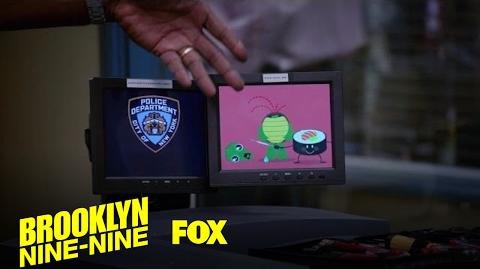 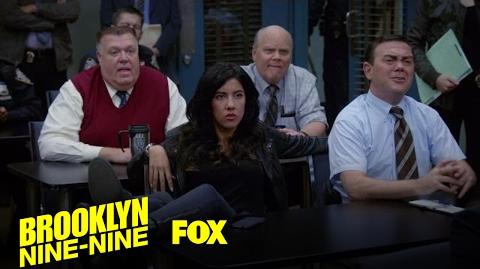 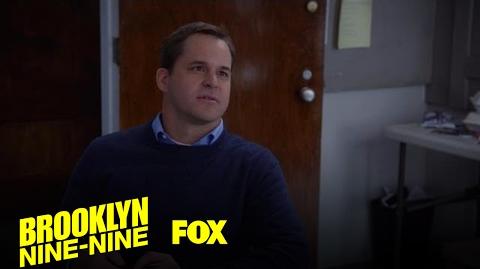 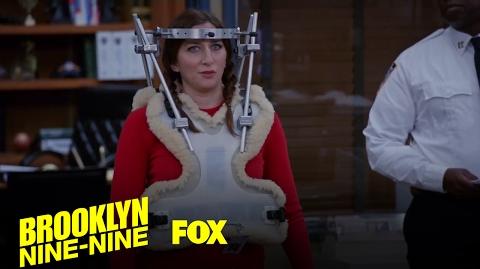 Gina Returns To Work After Getting Hit By A Bus Season 4 Ep. 13 BROOKLYN NINE-NINE 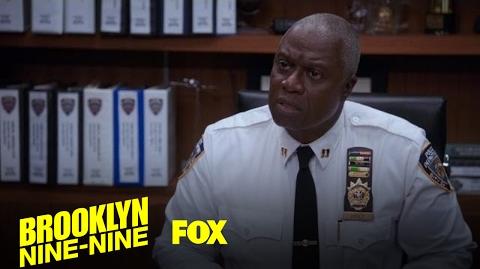 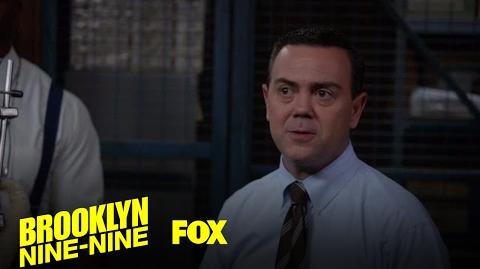 Boyle Devises A Plan To Get Rid Of The Rats Season 4 Ep. 13 BROOKLYN NINE-NINE 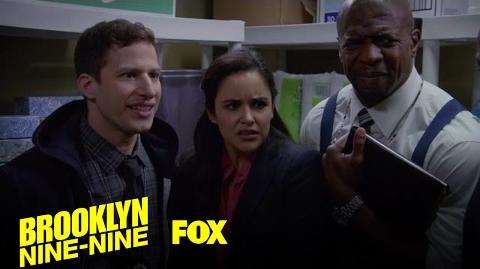 The 9-9 Have An Emergency Meeting In The Closet Season 4 Ep. 13 BROOKLYN NINE-NINE

Community content is available under CC-BY-SA unless otherwise noted.
Advertisement