The season premiere date was announced via the official social media pages of Brooklyn Nine-Nine. The series formally cancelled for FOX on May 10, 2018, [2] though the following day NBC confirmed that they had picked up the show for the sixth season.[3]

It was confirmed on 8 August 2017 at the Television Critics Association Summer Press Tour by Andre Braugher and Andy Samberg that Tim Meadows would be guest starring as Caleb, who plays Jake's cannibal cellmate. Lou Diamond Phillips would also be guest starring as a criminal mastermind who Jake interacts with.

Due to Chelsea Peretti's real-life maternity leave, it was announced that Gina Linetti would also be on maternity leave for approximately ten episodes. 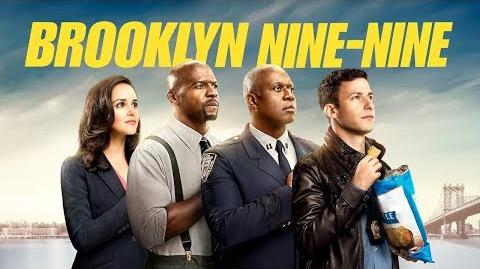 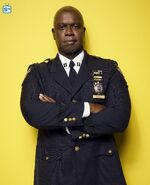 Add a photo to this gallery

Retrieved from "https://brooklyn99.fandom.com/wiki/Season_Five?oldid=26728"
Community content is available under CC-BY-SA unless otherwise noted.