Jake and Holt remain in Florida, adjusting to their new lives under the Witness Protection Program, while Jimmy "The Butcher" Figgis is still on the loose. Their one human link to their regular lives is U.S. Marshall Karen Haas, but their anonymity may be in danger when a video of them goes viral.[1]

It's been six months since the events of "Greg and Larry", and Holt and Jake are in the Witness Protection Program in Florida. Greg (Holt) has gotten used to being in Florida, and has made new friends, while Larry (Jake) is miserable. However, Larry has found a new job working at an ATV salesman, and seems to be doing better.

After meeting with their handler, Karen Haas, Larry goes back to work. However, it turns out he isn't working at the ATV place, but in actuality, is trying to find Jimmy "The Butcher" Figgis because he feels the FBI isn't doing much to stop him, and he wants to go back to Brooklyn to be with Amy. Holt, however, finds out about this, and while he understands Jake, he tells him they have to adapt to their new location, and tells him to get a real job.

Jake does get a job as assistant manager at the Fun World place Holt works at (who was looking for that position). Jake uses his position to try and humiliate Holt to the point he would return the case files he confiscated. In one instance, both of them get run over by go-karts and find out that someone was recording the whole situation. Horrified that their covers will get blown if it goes viral, the two agree to work together to find the woman and delete the video. Using their skills, they manage to find Jordan, who refuses to give them the video unless they give her the same exact of cash that would have paid her from views. They do the trade-off, but it turns out Jake didn't have the exact cash on him (using coupons as fakes), and they take the phone back during a scuffle. Holt berates Jake for not taking their situation seriously enough, but Jake reveals that he swapped the phones and agrees to stay away from Holt from now on.

Jake leaves Fun World and takes the ATV job for real, while Holt fills in as the new assistant manager. Holt however realizes that he doesn't want to be in Florida any longer (after hearing from his boss about the next position offer is 2-3 years) and goes to Jake saying he wants to go back to Brooklyn. He gives Jake back his files, and is impressed by the work he made on it. Jake however knows that they need to actually pinpoint where Figgis is, but Holt reveals he never deleted the video off the phone. The two upload the video online, challenging Figgis to come and find them. 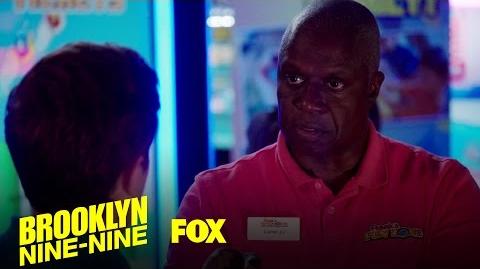 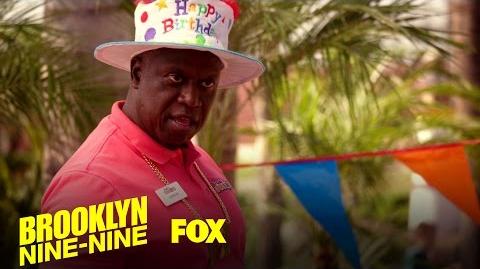 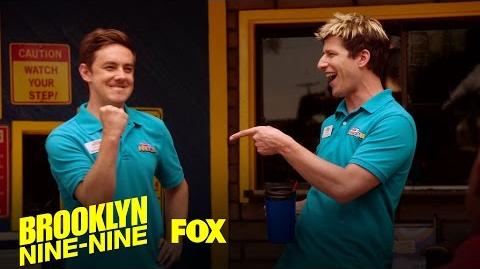 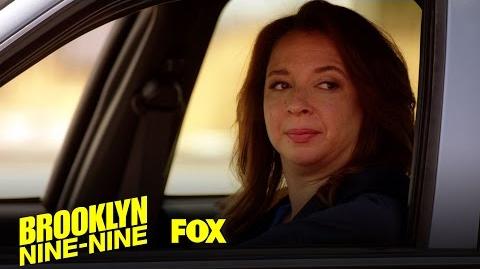 Screaming To Be Heard Season 4 Ep. 1 BROOKLYN NINE-NINE
Add a photo to this gallery

Retrieved from "https://brooklyn99.fandom.com/wiki/Coral_Palms_Pt._1?oldid=32352"
Community content is available under CC-BY-SA unless otherwise noted.